The Rent phenomenon may be thirteen years old, but it shows no signs of slowing down.  Fighting Chance Productions’ version proudly continued the tradition with Thursday night’s Canadian regional theatre premiere of Rent.  Bohemia is alive and well and has taken up residence in a North Vancouver theatre.

Some theatres seem custom-built for certain shows but many others have limitations which theatre companies must work around.  I’d heard some initial concerns about the choice of Presentation House Theatre as the venue for Rent.  And to be honest, I wasn’t sure the smallish space would be a good match for the rock opera.

The closeness of the stage did make for a fundamentally different experience, but overall it was a success.  It’s readily clear, from the earnest enthusiasm permanently etched into their faces, that most of the cast members are die-hard Rent fans.  That kind of passion translates into a high-energy and vibrant production.

Trying to pick the high point of the show is near-impossible, as there are so many from which to choose.  Jonathan Larson’s music and lyrics are just as poignant as they were when they debuted off-Broadway in 1996.  Based on the Puccini opera La Boheme, Rent is the story of a group of New York starving artists who struggle while dealing with the effects of AIDS. 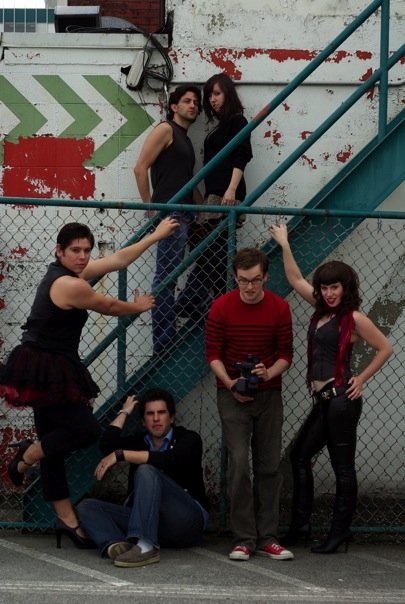 Jacqueline Breakwell’s Maureen is fiery hot and oozes sex appeal. My theatre companion was completely and utterly enamoured with her.  Jenn Suratos as Maureen’s current girlfriend is a great foil to Maureen’s ex-boyfriend Mark in “Tango Maureen.”

Craig DeCarlo as Roger has a voice made for rock and easily powers through his multiple numbers. His chemistry with Christine Quintana’s sultry Mimi is somewhat hit or miss, but ultimately pulls together in the end.

Nick Fontaine’s Tom Collins and Cesar Erba’s Angel are an adorable couple, and their voices are perfectly complementary in “I’ll Cover You.”

Rielle Braid, one of the ensemble swings on the second night I saw the show, was a standout as sleazy television producer Alexi Darling.

Most of the cast’s solo vocals are strong but the show is truly at its best in the full company numbers “La Vie Boheme” and “Seasons of Love.”

There were some issues with the sound.  Some actors’ mikes were far too loud and others not loud enough. Several bits of Erba’s dialogue were lost at key moments.

One of Rent’s stronger points is that its gay characters aren’t tokens to the centre stage heterosexual romance between Mimi and Roger.  Joanne and Maureen’s onstage pairing is every bit as volatile and crazy as Maureen’s dream-inspired performance art.  Collins and Angel’s loving relationship is also given equal billing and held up as the ideal to which the others aspire.

Rent’s positive tone, amidst darker themes of poverty and the AIDS epidemic, chooses to emphasise love and living live to the fullest. It’s that message which continues to strike such a personal chord with actors and audiences alike.

Seating is general admission, so make sure you arrive early to stake out a good seat.  Both performances I attended were sold out and by opening night Fighting Chance had already added an extra week to the tail end of their run.  It doesn’t take a stretch of the imagination to say that Rent will be a smash hit here in Vancouver.

Ryan Mooney and Fighting Chance Productions are persistently making a name for themselves as real contenders in local theatre and Rent will only further that cause.