Local Disney and musical-theatre fans alike will be ecstatic to hear that Tony Award-winning musical Disney’s The Lion King will finally be coming to the Vancouver stage in July, 2010.

Broadway Across Canada offerings have been relatively sparse in our city over the past few years and hopefully this announcement signals the beginning of a turnaround in the national touring productions that stop in Vancouver. 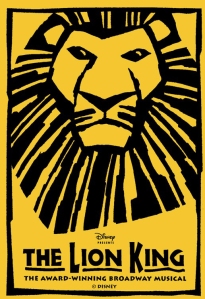 Based on the blockbuster 1994 animated film of the same name, The Lion King opened on Broadway in 1997 and promptly won a plethora of honours including six Tony Awards, eight Drama Desk Awards, six Outer Critics Circle Awards, the New York Drama Critics award for Best Musical, the Evening Standard Award for the Theatrical Event of the Year, two Olivier Awards, a Theatre World Award, the Astaire Award for Outstanding Choreography, two Drama League Awards and a Grammy Award for Best Musical Show Album.